The Seine River Is Flooding And Soaking The French Open's Plans 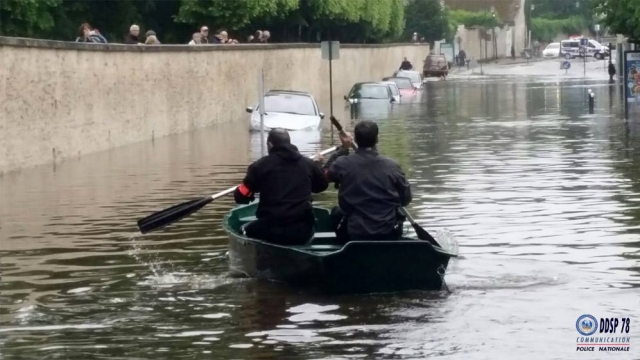 Heavy rains in France have caused flooding across the country, and at least one person has died.

It's reportedly the worst flooding the country has seen in a century, and that flood — in 1910 — is commonly referred to as the "Great Flood of Paris," which lasted about 45 days.

This most recent flooding includes the Seine River in Paris. The river's banks overflowed, rising almost 15 feet above its normal height, and officials say the Seine could reach levels as high as 17 feet over the weekend.

Although, 17 feet is still low compared to the 28 feet the river gained in the 1910 flood.

The weather conditions are bad news for sports tournaments. French Open officials have been forced to delay many of the tennis matches and have received backlash over the poor conditions in the ones that weren't rescheduled.

And the Union of European Football Associations' European championship tournament kicks off in Paris on June 10.

Rain and floods have hit other parts of Europe, too, including Germany where at least four people have died.