The Science Behind Why Some Fruits Help Your Waistline 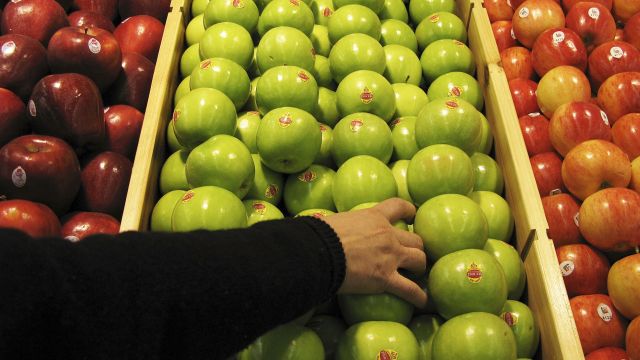 SMS
The Science Behind Why Some Fruits Help Your Waistline

By Katie Link
January 27, 2016
A new study looks at why eating certain fruits and vegetables may make it easier to get back on the scale.
SHOW TRANSCRIPT

The secret to staying skinny may not be such a secret anymore. A new study looks at why certain fruits and vegetables can help you avoid weight gain over time.

These fruits are high in flavonoids, compounds already known to be linked to weight loss. In the fight against the scale, you may have heard about the seemingly magical benefits of drinking green tea. At least part of that is thanks to flavonoids.

Before now, there wasn't a whole lot of information on how flavonoids in fruits and vegetables helped your waistline, so researchers decided to find out.

The study found three subclasses of flavonoids were associated with less weight gain over time. The most consumed foods in those three subclasses included blueberries, strawberries, orange juice, oranges, tea and onions.

The study also noted people in the U.S. are consuming less fruits and vegetables than needed. The authors suggest upping the daily intake of fruit to two cups and vegetables to two-and-a-half cups.

This video includes images from Getty Images, Dani Lurie / CC BY 2.0 and Alan Cleaver / CC BY 2.0.