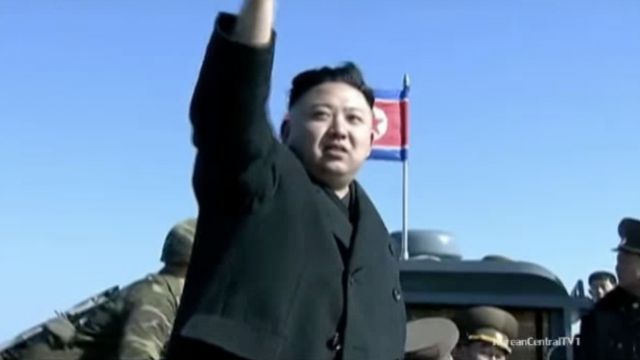 SMS
The Sanctions Against Kim Jong-Un Have Nothing To Do With Nukes
By Katie Link
By Katie Link
July 6, 2016
These sanctions come after a yearslong look into human rights issues in North Korea.
SHOW TRANSCRIPT

For the first time ever, Kim Jong-un just got sanction-slapped by the U.S.

But it's not because his country claims to have nuclear weapons or because it tests lots of ballistic missiles.

It’s because Kim Jong-un is a tyrant to his own people.

Human rights in North Korea have been under the microscope for years, and a new U.S. government report shows just how bad things really are.

It estimates as many as 120,000 people are trapped in a network of political prison camps in the country.

And that citizens are tortured, sexually assaulted, starved and executed.

The U.S. holds Kim Jong-un, and nearly a dozen other top officials, responsible for this.

In all of these instances, human rights violations are what prompted the sanctions.