The Royal Family Is Hiring A Chauffeur, And Anyone Can Apply 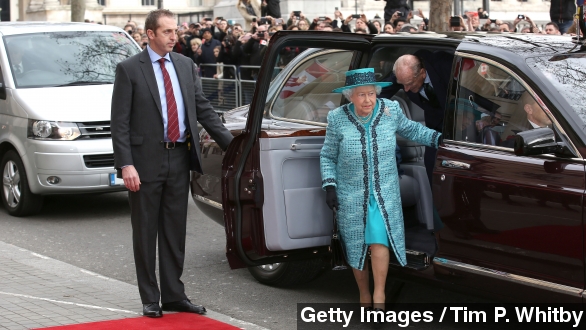 SMS
The Royal Family Is Hiring A Chauffeur, And Anyone Can Apply
By Lauren Zima
By Lauren Zima
February 20, 2015
Queen Elizabeth is looking for a new chauffeur, and there's a straightforward job posting for it, so anyone can check out the potential perks.
SHOW TRANSCRIPT

Apparently they don't use Uber.

The royal family is hiring a new chauffeur. This may surprise you, but like any other job, there's a posting — this one on the British monarchy's website.

The job offers a potential salary of £24,000 a year, which equals about $37,000. It's a live-in position with meals provided, and the driver will get an impressive 33 vacation days a year — though they're required to work about 48 hours a week.

And the Royals are looking for an impressive candidate, of course — this person will live near them and potentially drive around any member of the royal family, their guests and official visitors.

The applicant must be a "good team player" who is "committed to maintaining high standards" and who remains "calm under pressure." This chauffeur will also keep the family's cars looking presentable.

Though ABC notes: "That maintenance would likely come during downtime for the 88-year-old monarch. While Queen Elizabeth is driven by a chauffeur in public, she has been known to drive herself around the royal family's private estates."

So, yeah, Queen Elizabeth is awesome. And working for her would probably be awesome.

But if only the job had been open back when this was happening ...