The Rolling Stones Concert In Cuba Was (Mostly) Politics-Free 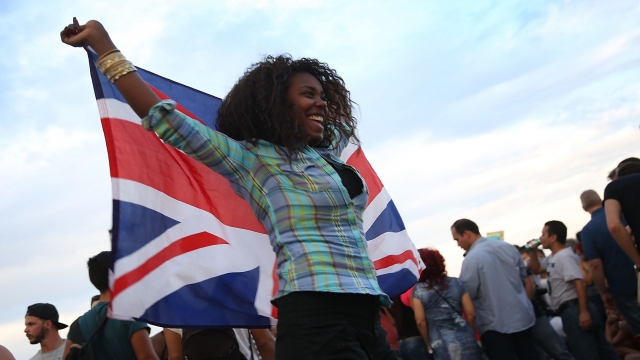 The Rolling Stones have officially brought their music to Cuba with a performance that seemed mostly free of a political agenda.

For years, many Cubans listened to bands like the Stones in secret because their music didn't line up with the government ideology. But Friday's massive, free performance was meant to show that Cuba is opening up to the rest of the world.

Frontman Mick Jagger and company mostly avoided any political statement during the show, except for acknowledging the band's presence in the country was a sign "times are changing."

Some estimates say nearly half a million people attended the celebratory performance.

The event capped off a week where the first U.S. president visited the country in nearly 90 years.

One concertgoer told The Guardian there is a feeling among Cubans that "something good" is happening.

But not everyone saw the concert as a sign of good things to come. One democracy activist said the government was using it as a symbol of an "opening that isn't really taking place."

And at least one world leader did take issue with the event — the pope, though it wasn't because of politics. The BBC reports he asked the Stones to postpone the concert because it conflicted with Good Friday.

This video includes clips from the BBC, Miami Herald and the Vatican and images from Getty Images.