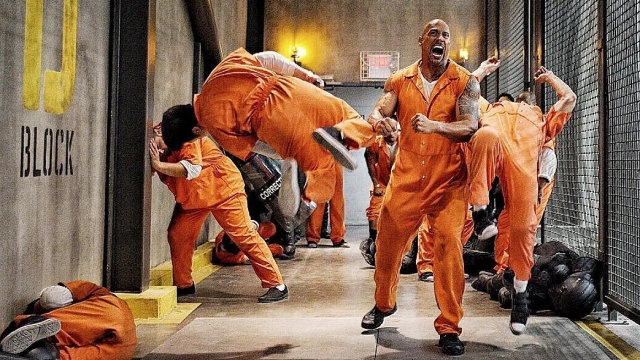 SMS
'The Rock' Just Went In On Some Of His 'Fast 8' Co-Stars
By Ryan Biek
By Ryan Biek
August 9, 2016
Dwayne Johnson made an uncharacteristically angry post to social media about certain male co-stars in the upcoming "Fast 8."
SHOW TRANSCRIPT

After praising the female cast, the production company and the crew, The Rock wrote on Monday, "My male co-stars however are a different story. Some conduct themselves as stand up men and true professionals, while others don't. The ones that don't are too chicken s--- to do anything about it anyway. Candy a----."

SEE MORE: Is Dwayne 'The Rock' Johnson Cooking Up A Presidential Run?

The comment comes as a bit of a shock, considering the cast often described itself as a "family" in the wake of co-star Paul Walker's death back in 2013.

This is The Rock's final week of shooting, and he said his anger actually helped his performance.

But depending on the extent of bad blood, how is the franchise going to reach a 10th movie, as planned? The newest one debuting in the spring will only be the eighth.