The Renewed #NeverTrump Movement Is Likely As Doomed As The Others 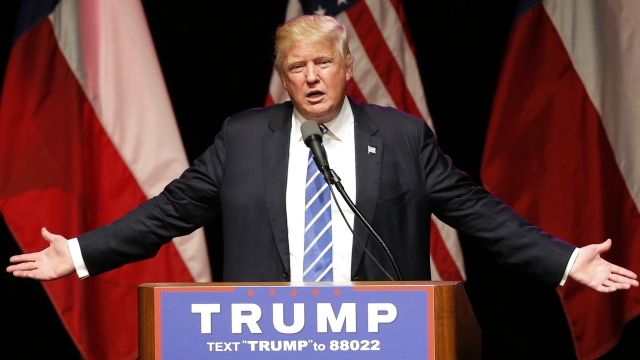 By Eugene Daniels
June 17, 2016
Getting the movement off the ground has (obviously) been impossible in the past.
SHOW TRANSCRIPT

The #NeverTrump movement may not be completely alive and kicking, but it is gasping for its last breath and planning a last-ditch blockade for the presumptive GOP nominee.

According to The Washington Post, dozens of delegates are planning a revolt heading into the Republican National Convention. The group is reportedly thinking of adding in a "conscience clause" to unbind the thousands of delegates so they can vote for whichever candidate they want.

The idea seems to be winning the White House may not be worth the price of a Donald Trump nomination. The billionaire is historically unpopular; his recent racist attacks on a federal judge and his reaction to the mass shooting in Orlando have alienated some members of the GOP.

Trump responded to the reported plot by saying: "I have tremendous support and get the biggest crowds by far, and any such move would not only be totally illegal but also a rebuke of the millions of people who feel so strongly about what I am saying."

While the move isn't actually illegal, circumventing the will of the voters could seriously blow up in the GOP's collective face. Any #NeverTrump movement at this point faces nearly insurmountable hurdles for a couple of reasons.

First of all, the Republican National Committee hasn't even released the full list of delegates, putting a real dent in any organizational effort. Adding that proposed clause would need to go through a vote on the convention rules committee and then win support from a majority of overall delegates.

And finding a Republican to replace Trump is going to be nearly impossible; it's basically a political-career suicide mission. Especially since Trump has already made it clear: If he doesn't feel like he's being treated correctly, he's taking his supporters and running as an Independent.