The Reconstruction Of The Chicago Cubs 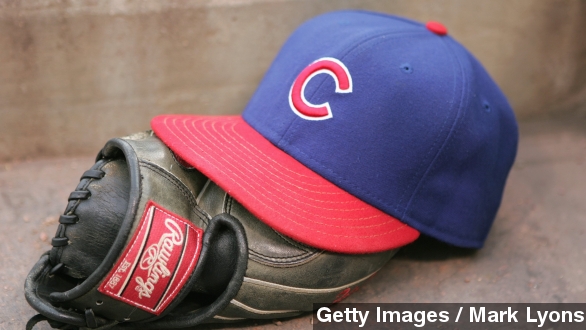 SMS
The Reconstruction Of The Chicago Cubs
By Matt Moreno
By Matt Moreno
December 10, 2014
Jon Lester will join a young, talented team in Chicago that could be onto something big this year.
SHOW TRANSCRIPT

After five straight losing seasons, it appears Chicago's North Siders just might be pulling out all the stops and opening the wallet to really make a run at a competitive season.

The Cubs signed starting pitcher Jon Lester Wednesday morning to a six-year, $155 million deal. After an impressive 2.46 ERA last year, Lester was one of the most sought-after free agents on the market.

Lester will instantly become the ace of a lackluster Cubs pitching staff — one that ranked in the bottom half of the league in runs allowed per game (4.36) last year.

Lester will rejoin current Cubs President of Baseball Operations Theo Epstein. Epstein was also the GM for the Boston Red Sox from 2002 to 2011. Lester first came into the league in 2006, two years after the Red Sox — with Epstein at GM — won their first World Series in 86 years.

Now, of course, just one player isn't going to make your team instantly competitive — but the Cubs also have some of the league's most exciting new prospects.

Add them into the mix with first baseman Anthony Rizzo, shortstop Starlin Castro and newly acquired catcher Miguel Montero, all of them All-Stars last year, and you've got the makings of what looks to be something special.

And let's not forget the addition of former Rays manager Joe Maddon, a two-time manager of the year and 2002 World Series manager. (Video via Fox Sports)

And for a team that hasn't won a World Series since 1908 and nicknamed the "lovable losers," it's creating a lot of buzz.

Check out all these headlines: "Cubs Sign Jon Lester, Are Really Going For It," "'Lovable losers' are winning this offseason" and "Cubs ready to win now."

The Chicago Tribune's David Haugh starts off his article on the Lester signing by writing, "That creaking you heard in the wee hours of Wednesday morning was the Cubs' championship window officially opening."

Now, on paper, the Cubs are looking good, but will they really be better this year? Well, that's why we play game.