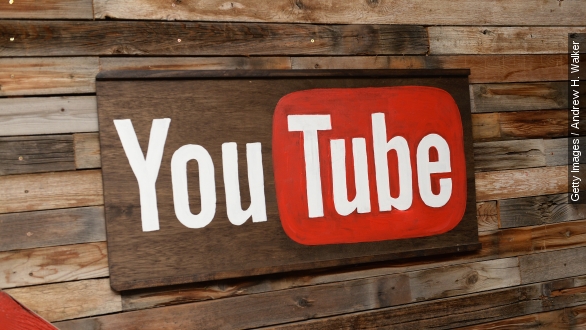 SMS
The Reasoning Behind A YouTube Subscription Service
By Evan Thomas
By Evan Thomas
April 9, 2015
What purpose and whose needs would a monthly subscription-based YouTube service fill?
SHOW TRANSCRIPT

YouTube is said to be almost ready to deploy a subscription-based video streaming service.

Reports indicate the still-nameless service will provide ad-free video, offline viewing of eligible content and paywall options. Price is still unknown but creators will get 55 percent of revenues.

It looks much like YouTube’s existing Music Key service, but there’s an interesting restriction in place: The Verge reports creators who want to keep showing their content to a wide audience have little choice but to sign on.

“Creators are required to participate in the subscription offering, or every video on their channels will be set to private, sources said.”

So who is this for? The service seems to be at least as much about making money for content creators as it is about being a premium option for viewers.

That said, YouTube is certainly feeling the streaming market pressure. HBO just debuted fresh premium offerings, Apple is working on the same; and all the while Netflix still enjoys its runaway streaming lead. The latest numbers from network company Sandvine show Netflix gets a third of all domestic download traffic on a daily basis.

Bloomberg calls the new service “part of a broader shift at Google to generate more income that isn't based on advertising.”

And in an interview with Re/code last year, YouTube CEO Susan Wojcicki said there will always be people who are willing to pay up to get straight to their content. (Video via Makers)

“There are going to be cases where people are going to say, `I don’t want to see the ads, or I want to have a different experience.’”

In any case, YouTube could use the new cash flow. After its content and infrastructure costs, it made almost no profit last year.

Sources tell Bloomberg and The Verge the service could show up by the end of the year.

This video includes images from Getty Images and music by Pe2ny / CC BY NC SA 3.0.