The Queen Is An Unofficial 'Downton Abbey' Fact-Checker 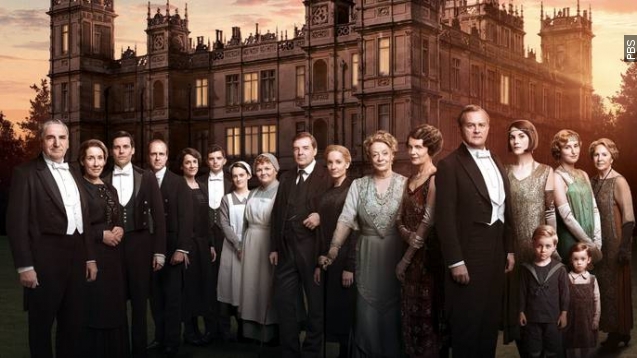 We can only assume that in Hollywood it's not easy to be picked apart by the press.

But there is one critic who might be the most unnerving of all: the queen of England.

Brian Hoey, author of At Home with the Queen, told People one of the queen's favorite shows is "Downton Abbey" — just like us!

Except when she watches it, she likes to find the historical inaccuracies — not just like us.

Hoey also noted there's a historical adviser on the show, since it's based on the real-life family who lived at Highclere Castle. (Video via CBS News)

That man is Alastair Bruce. He watches for even the smallest inaccuracies, like an actor slouching in a scene. Slouching is considered a modern body posture, and Bruce says we slouch more than people would have in the early 20th century.

One major fault in the show, he says, is the aristocratic accent the characters use.

"If I could stop history in its tracks, maybe I would. But I can't, Carson. Neither you nor I can hold back time," Hugh Bonneville's character, Robert Crawley, says.

But the queen seems to have found another biggie. She noted a young British officer in an episode was wearing military medals that would not have been awarded when he was alive. (Video via ITV / "Downton Abbey")

If she picked that out, we're sure she had a field day with the water bottle that was accidentally in this now-deleted promotional picture.