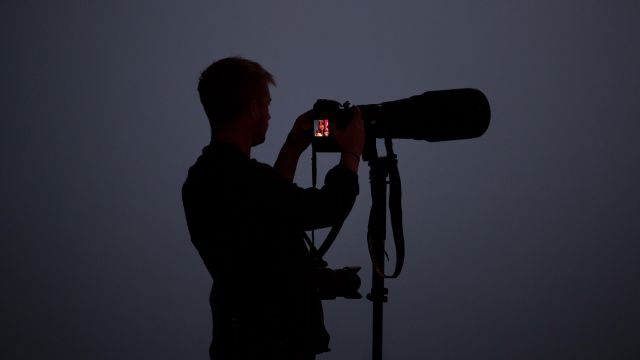 Americans have grown increasingly suspicious of the media in recent years, but this year trust in media fell to an all-time low.

A new Gallup poll found only 32 percent of Americans say they believe the media can "report the news fully, accurately and fairly." That number was at 40 percent last year.

Media trust in the U.S. has been trending downward since its high-water mark in the '70s. According to Gallup, less than half of Americans have expressed trust in the media since 2007.

Gallup attributes the sharp drop in trust to the presidential election. Republicans in particular have felt disaffected with the media this election cycle. In 2016, Gallup found 51 percent of Democrats and 30 percent of Independents said they trust the media; only 14 percent of Republicans said they do, too.

"Look, the media, you know my opinion of the media. It's very low," Trump said during a speech about his charitable donations.

Trump's accused the media of publishing unfair personal attacks on him and focusing more on his sound bites than his proposals.

But criticism of the media isn't reserved for the right. Plenty of Democrats have criticized media coverage of the general election, accusing them of creating a false equivalence between Trump and Clinton.

During a rally for Clinton in Philadelphia, President Obama said: "You don't grade the presidency on a curve. ... We can't afford to act as if there's some equivalence here."

Gallup also blames the decline in media trust on the rise of social media and decaying editorial standards.