The Problems With The Sun's ISIS Sympathizer Statistics 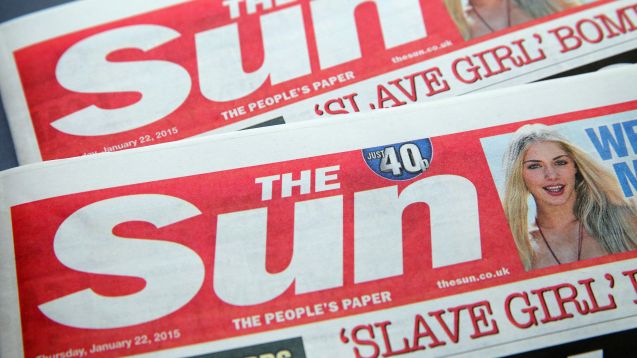 SMS
The Problems With The Sun's ISIS Sympathizer Statistics
By Katie Link
By Katie Link
November 24, 2015
Some are questioning the British newspaper's polling methods after The Sun suggested 19 percent of British Muslims sympathize with ISIS supporters.
SHOW TRANSCRIPT

British newspaper The Sun has been criticized for running this front-page story suggesting one-fifth of British Muslims sympathize with people who have fled the U.K. to fight for ISIS in Syria. The story reports 5 percent of those polled have "a lot of sympathy" and 14 percent have "some sympathy."

Well, those stats raised some eyebrows. According to The Independent, the front-page headline prompted a record number of complaints to the Independent Press Standards Organisation.

For context, this article drew about three times the number of complaints as a previous Sun article likening migrants to "cockroaches."

Critics are challenging the vague wording of the question. Participants were asked whether they agreed with the statement "I have a lot of sympathy with young Muslims who leave the U.K. to join fighters in Syria." As The Washington Post points out, it's likely people have different interpretations of what the word "sympathy" means.

And there's also a good chance people misinterpreted the "join fighters in Syria" portion of that statement. Some who responded "yes" to the statement might have been thinking of Muslims going to Syria to fight on the side of the Kurds, who are working against ISIS. These soldiers are praised as heroes in media profiles. (Video via BBC)

"Putting them on their hands and knees and cut their heads off. I mean, can you really find any justification in sitting back here and doing nothing?" former British soldier Jamie Read said in one such profile.

There's also the polling group to consider. According to the Post, The Sun's usual polling company refused to conduct this survey. The company that was used, Survation, recently released a statement trying to distance itself from the article.

That statement reads in part: "Survation [does] not support or endorse the way in which this poll's findings have been interpreted. Neither the headline nor the body text of articles published were discussed with or approved by Survation prior to publication."

Some have approached the headline with humor and mocked the publication using the Twitter hashtag #1in5Muslims.

But it looks like the publication isn't backing down. On Tuesday The Sun published a follow-up article citing the stat and calling on Brits to "face the facts."