The Prison System, Not Fame, Can Help Celebs In Court 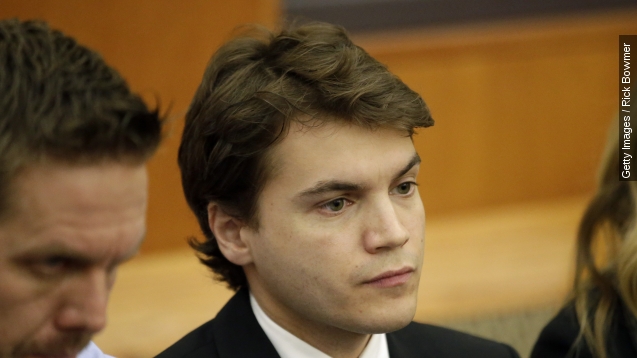 SMS
The Prison System, Not Fame, Can Help Celebs In Court
By Lexie Hammesfahr
By Lexie Hammesfahr
August 18, 2015
Emile Hirsch is the latest celebrity to avoid a long prison sentence, but a bigger problem in California could be why celebs serve less time.
SHOW TRANSCRIPT

In January, actor Emile Hirsch assaulted a female Paramount executive at the Sundance Film Festival in Park City, Utah. Outside Tao Nightclub, the "Into the Wild" star allegedly put the woman in a chokehold, dragged her across a table and then onto the floor.

At the time, both Hirsch and his lawyers said the star was too intoxicated to recall what actually happened. He checked into rehab shortly after.

Hirsch was charged with third-degree felony — a charge that carries a max five-year prison sentence. The intoxication misdemeanor could have landed him a 90-day sentence.

So, it seems like Hirsch got a little celebrity privilege there, right?

Not necessarily. Because here's the thing: At least in LA courts, where the majority of celebs are tried, there's another issue at play: overcrowded prisons.

The Free Thought Project points out California courts are requiring authorities to reduce the number of prisoners to 137.5 percent of the original capacity numbers. By February 2016, there will be fewer than 113,000 inmates in the 34 state prisons.

Probably for that reason, attorneys told E! California inmates serve about 10 percent of their sentences. It also helps if the person doesn't have any prior convictions.

So what a celebrity might not receive in jail time, the court tries to make up in fines and community service.

Lindsay Lohan received 240 hours of community service for a 2012 reckless driving charge, and Mike Tyson received 360 hours on top of three years probation and drug treatment for DUI and cocaine possession charges in 2007.

Plus, criminal charges can affect a celebrity's ability to work in Hollywood.

Lohan has struggled to revive her career after several drunken driving and probation violations got her fired from a few projects.

Charlie Sheen was ultimately fired from "Two and a Half Men" after multiple arrests.

As for Hirsch, a judge definitely could've given him a harsher sentence, but putting a studio executive in a chokehold will probably have stronger career repercussions. If he completes the sentence, the charge will be dismissed from his record.