The Price You Pay To Beat Breast Cancer 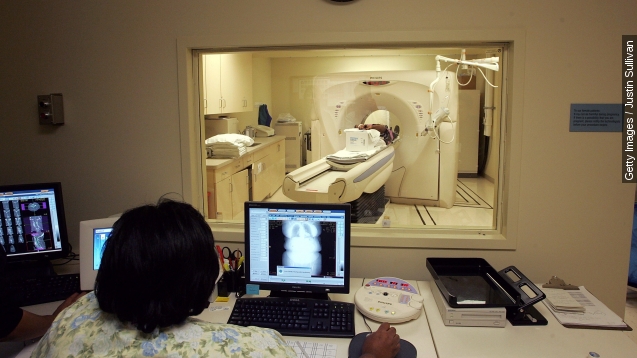 SMS
The Price You Pay To Beat Breast Cancer
By Ryan Biek
By Ryan Biek
September 29, 2015
Breast cancer treatment can cost up to $100,000 over a patient's lifetime, according to the National Institutes for Health.
SHOW TRANSCRIPT

Estimates on the cost of treating breast cancer vary wildly — but the bottom line? It's expensive. The National Institutes of Health puts the cost for each patient anywhere from $20,000 to $100,000 over a lifetime.

"All of your other problems don't go away when you have cancer and chemotherapy. The water heater breaks, and your car breaks down, and the gas bill doesn't stop coming," an oncologist said. (Video via Cancer Answers)

"Prior to my diagnosis, I was making really good money. But I was working 70-plus hours a week," a woman diagnosed with breast cancer told Living Beyond Breast Cancer.

"Typically patients might say, 'Well, I have some difficulties with short-term memory. Sometimes I have difficulties doing things at the same pace that I did before I received treatment for the cancer,'" a clinical neuropsychologist said. (Video via the Dana-Farber Cancer Institute)

"One of the main surprises for me was how hard it was to do my job," a breast cancer survivor told The Pink Fund.

And in another recent study, 6 percent of breast cancer patients were uninsured. They were also more likely to discover their cancer at an advanced state.

Another 2014 study found even with insurance, 65 percent of cancer survivors didn't have the income needed to pay for treatment-related expenses. Fifty-five percent payed for treatment with savings or investments, 46 percent with credit cards and 15 percent took money from retirement accounts.

Breast cancer patients represented over 40 percent of the participants in that study.

This video includes images from Getty Images, williami5 / CC BY 2.0 and Daniel Scully / CC BY 2.0.