The Pope's Comment On Contraception And Zika Is Big News 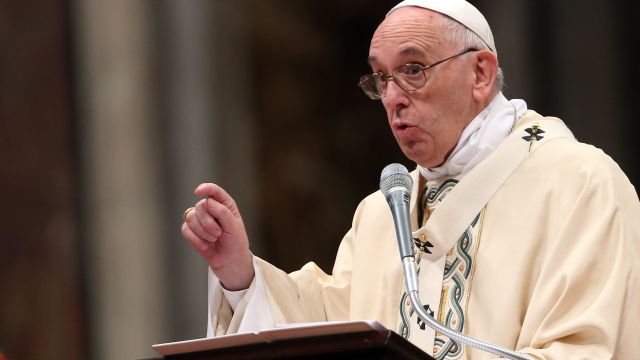 SMS
The Pope's Comment On Contraception And Zika Is Big News
By Jake Godin
By Jake Godin
February 18, 2016
While Pope Francis' comments on Donald Trump may have grabbed the most attention, his comment on contraception and the Zika virus is important too.
SHOW TRANSCRIPT

Sure, the pope's comments about Donald Trump may have grabbed most of the attention.

But the bigger story might be what Pope Francis had to say about contraception.

Specifically, that he says using contraceptives may be OK in response to the Zika virus.

He said, "On the other hand, avoiding pregnancy is not an absolute evil."

Officially, the Vatican is opposed to contraception. So it's notable when the pope makes an exception. But that's all this is — an exeception.

During a 2015 trip to the Philippines, Pope Francis said he opposed birth control under normal circumstances, saying families should be "sanctuaries of respect for life."

This video includes images from Getty Images, music from Frenic / CC BY 3.0 and videos from The Vatican and Univision.