The Paris Climate Talks Depend On These 10 Emitters 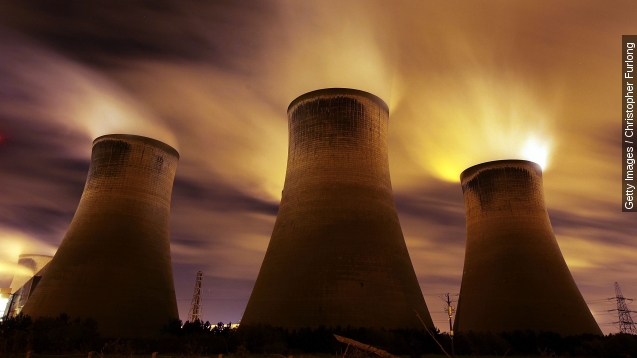 The U.N. wants all countries to set goals for cutting greenhouse gas emissions before December's climate conference in Paris.

Now, the top 10 emitters in the world have, and here's how they stack up.

First, let's look at the top three emitters of CO2.

First up, China. The world's biggest emitter set goals to cap emissions within the next 15 years. Despite criticism, it's China's first commitment to cap emissions, and the country has actually invested more money in renewable energy than anyone else. (Video via Channel 4, MSNBC, ClimateWorks, The World Bank Group)

Including No. 2, the U.S. In a joint announcement with China, the U.S. set a goal of lowering emissions 26-28 percent below 2005 levels by 2025. The U.S. is the only country in the top three with decreasing emissions. (Video via The White House)

And solidly in third place: India. India was the last of the top 10 to announce its goals — to produce 40 percent of its power from renewable or low-carbon sources by 2030. It hasn't committed to a concrete reduction in emissions, wary of hurting its economic growth: the fastest in the world. (Video via Office of Indian Prime Minister Narendra Modi)

Next, developed countries in the top 10.

Developed countries make up half of the top 10, and after the U.S., Japan leads the pack with more than a billion metric tons emitted in 2013. The country's set a goal to reduce emissions 26 percent from 2013 levels by 2030, but it's become increasingly reliant on coal since the Fukushima nuclear disaster. (Video via ANN, RT)

Germany, South Korea and Canada round out the group, and the first two have set fairly ambitious goals, although Canada has actually lowered its goal on the back of its controversial oil production from tar sands. (Video via CCTV)

Now let's take a look at the other half: developing countries.

Next to China and India, Russia is the third-biggest emitter in the developing world, putting out 1.8 billion metric tons of CO2 in 2013. One of the biggest oil producers in the world, Russia's goal for the summit is kind of noncommittal: a 25-35 percent drop from 1990 levels by 2030, with the major caveat that it depends on the outcome of the conference. (Video via Russia 24, CBC)

Indonesia and Brazil, the last two developing countries, face one of the same challenges: deforestation. In Brazil, for agriculture, and in Indonesia, for palm oil production. Both countries cite reducing deforestation as a means to their goal: a 37 percent reduction from 2005 levels by 2025 for Brazil and 29 percent cut from business-as-usual levels by 2030 for Indonesia. (Video via Al Jazeera, The Guardian)

These top 10 emitters contribute 72 percent of the world's greenhouse gases, which means these countries could easily decide whether negotiations in Paris live or die.