The Paris Climate Agreement Is Good To Go 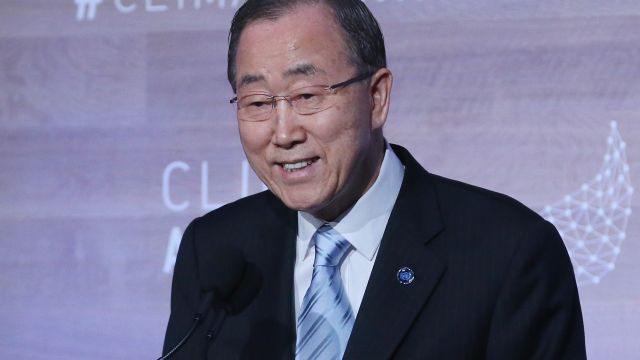 SMS
The Paris Climate Agreement Is Good To Go
By Lindsay Gloor
By Lindsay Gloor
October 6, 2016
The agreement will go into effect Nov. 4 — just in time for the next climate conference.
SHOW TRANSCRIPT

"Today, the world meets the moment. And if we follow through on the commitments that this Paris agreement embodies, history may well judge it as a turning point for our planet," President Barack Obama said in a press conference Wednesday.

The United Nations announced Wednesday that the Paris climate agreement will go into effect Nov. 4.

For this to happen, the agreement required at least 55 countries, representing 55 percent of global emissions, to ratify it. Canada, nine other countries and the European Union were able to bring the agreement above that threshold.

The agreement was ratified less than one year after it was signed, which means it will begin in time for the next climate conference in November.

Some people, including Secretary of State John Kerry, heralded the speedy ratification as mounting international momentum. But critics worry the agreement's seemingly weak terms made it easy to approve.

Countries that approved the agreement are required to submit increasingly strict climate pledges every five years, but they are not required to meet them. They also have to provide information about domestic progress and keep track themselves.

U.N. Secretary-General Ban Ki-moon reminded participants, "Now, we must move from words to deeds and put Paris into action. We need all hands on deck."