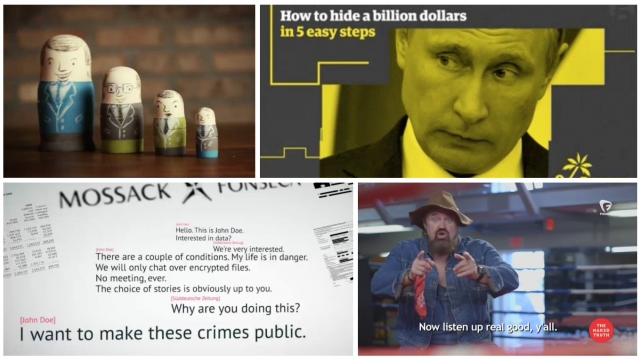 SMS
The Panama Papers Story Is Dense, So News Sites Made Quirky Explainers

By Steven Sparkman
April 3, 2016
Mossack Fonseca's data leak provided a rare insight into offshore finance, and journalists are trying to make sure you get why it's a big deal.
SHOW TRANSCRIPT

Are you ready to learn about offshore finance?

The Panama Papers leak, comprising 40 years worth of a law firm's offshore finance files, gave journalists around the globe an unprecedented look at an industry known for its secrecy and potential to cover up corruption.

But unlike the spying revealed by Edward Snowden — wiretapping, data collecting and email snooping — offshore finance isn't so easy to grasp.

"Think of it like those Russian nesting dolls: One company controls another company, which controls a third, and so on," McClatchy explained.

In addition to the kinds of news reports you've come to expect, you can follow The Guardian's flowchart as it takes you through how a tax dodge works or watch as the International Consortium of Investigative Journalists' gritty cartoon lists the crimes that are made possible by money laundering.