(The Other) Darren Wilson Suspended From Police Force 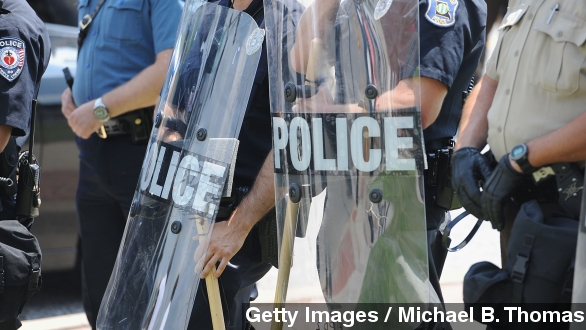 SMS
(The Other) Darren Wilson Suspended From Police Force
By Christian Bryant
By Christian Bryant
March 3, 2015
The St. Louis police sergeant who was harassed for having the same name as the man who shot Michael Brown is on unpaid leave for unspecified reasons.
SHOW TRANSCRIPT

A black St. Louis police officer who was the subject of mistaken identity following the 2014 shooting death of Ferguson teen Michael Brown is now on unpaid leave from the force.

The St. Louis Police Department suspended Sgt. Darren Wilson — also known as the other Darren Wilson. This comes amid an internal investigation into funds that went missing from the Ethical Society of Police, a group that represents black police officers. Wilson is the former president of that group.

In a news release, the St. Louis Police Department said Wilson hasn't been arrested or charged with any crime, but the department doesn't specify why he's been suspended.

Wilson, who has been a police officer since 1997, was confused with former Ferguson police officer Darren Wilson after the fatal shooting of Michael Brown. The Ethical Society of Police had posted on its Facebook page that the mixup was a "horrific coincidence."

News of Wilson's suspension comes as the Department of Justice prepares to release a scathing report detailing a history of racial discrimination from the Ferguson Police Department. Those findings from the DOJ are unlikely to lead to any charges against former Ferguson officer Darren Wilson. (Video via CNN)