The Ore. Ranchers Got A Militia's Help Whether They Wanted It Or Not 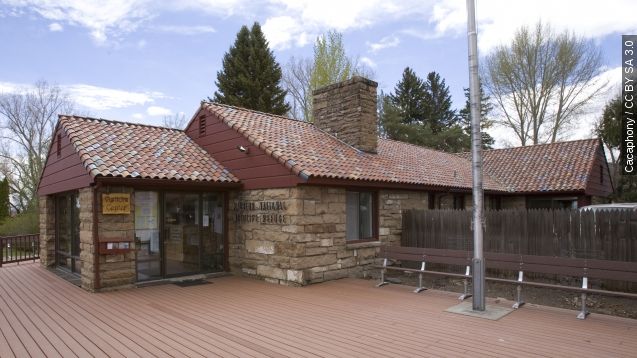 SMS
The Ore. Ranchers Got A Militia's Help Whether They Wanted It Or Not
By Steven Sparkman
By Steven Sparkman
January 3, 2016
The Hammond family, in whose name a militia occupied an Oregon wildlife refuge, did not ask the militia to intervene and has disavowed their actions.
SHOW TRANSCRIPT

An Oregon wildlife refuge might be the site of the next major standoff between anti-government militias and federal agents — and it's even splitting opinion within the militia movement. (Video via U.S. Fish and Wildlife Service)

The story centers around two ranchers, Dwight and Steven Hammond, who were convicted of arson in 2012 for setting fires that spread to Steens Mountain, a federally protected area.

The Hammonds have already served time but are now being sent back to prison. An appeals court ruled their original judge had no authority to reduce the men's sentences below the minimum five years.

The case is controversial and has provoked an outpouring of support from those who feel the Hammonds are victims of overreach from the Bureau of Land Management. (Video via KTVZ)

It also drew the attention of Ammon Bundy, son of rancher Cliven Bundy whose ranch was the center of a standoff with government agents in 2014.

"By standing with the Hammonds, we stand for our children and our children's children," Ammon Bundy said in a November 2015 YouTube video.

Ammon issued a call for "all patriots" to "stand up" and "come prepared" to defend the Hammonds from what he calls an unconstitutional land grab. It's not clear how many people responded, though the group claims there are 150 men occupying the wildlife refuge office.

The interesting wrinkle here is that, while the Hammonds have thanked their supporters, they've also publicly disavowed the militia's actions and say they plan to turn themselves in peacefully.

That means the Oath Keepers, a prominent militia group that showed up heavily armed to the protests in Ferguson and to the Bundy ranch in Nevada, won't be heading to Oregon. The group's founder criticized Ammon Bundy for acting against the Hammonds' wishes.

"If they don't want their family in the middle of an armed standoff, I don't think it's right for us to go in there and try to force that on them. I think that's the wrong way to go," Oath Keepers founder Stewart Rhodes said.

But other members of the militia movement see this as bigger than the Hammonds.

"The U.N., through the BLM and the Department of the Interior, they've been trying to steal land," Internet broadcaster Pete Santilli said.

Many right-wing groups oppose the bureau on principle. They believe it has a U.N.-mandated goal to take control of more land for the purpose of restricting individual liberties. So, to them, squaring off against the bureau is a patriotic duty. (Video via U.S. Bureau of Land Management)

And if that's not enough, Bundy also says that he would have the Hammond family's support if not for intimidation from the federal government.

Bundy says his militia is prepared to occupy the wildlife refuge for years. He's also threatened violence if any government agents try to remove them.

This video includes images from the U.S. Bureau of Land Management, the U.S. Department of Justice, Gage Skidmore / CC BY SA 2.0, Getty Images and Cacaphony / CC BY SA 3.0.