The Optical Illusion Hidden In The 'Mona Lisa,' Explained 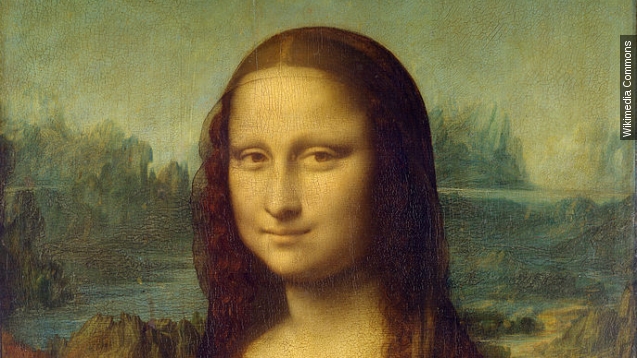 SMS
The Optical Illusion Hidden In The 'Mona Lisa,' Explained
By Evan Thomas
By Evan Thomas
August 22, 2015
The woman in Leonardo da Vinci’s famous painting doesn’t always appear to be smiling, thanks to an artistic technique.
SHOW TRANSCRIPT

There's question as to whether it was intentional, but new research into a second painting attributed to da Vinci suggests yes, it was.

"Portrait of a Young Fiancée," which is thought to be of an Italian girl named Bianca, shows the same almost-smile depending on viewing distance and sharpness of the image.

The researchers also found the smile — or frown — appears to change depending on where it is in a viewer’s peripheral vision.

They simulated this effect on test subjects using blur. The blurrier Bianca was, the happier she appeared to be.

The technique in this portrait and in the "Mona Lisa" is called "sfumato," in which da Vinci blended colors and shades to get gradual transitions between different shapes in each painting.

The effect could be hard to pin down because it's so hard to do: the researchers suggest nobody has been able to pull it off as successfully as da Vinci did. (Video via The Louvre)