The Olympics Are Forcing Rio's Poorest Citizens From Their Homes 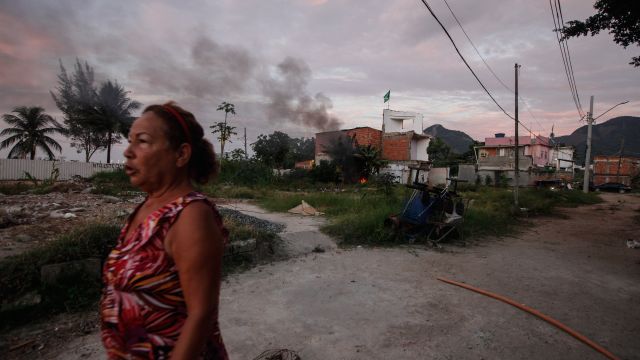 SMS
The Olympics Are Forcing Rio's Poorest Citizens From Their Homes
By Lindsay Gloor
By Lindsay Gloor
June 30, 2016
Construction for the 2016 Olympics is forcing out Rio de Janeiro's poor who live in urban shantytowns.
SHOW TRANSCRIPT

While many are focused on whether the Zika virus and political instability will affect the Olympics in Rio, some locals have more pressing concerns: being evicted from their homes.

Rio's mayor reportedly ordered that residents be removed from 14 of the city's favelas, or urban shantytowns, in preparation for the 2016 Olympic Games.

One favela called Vila Autódromo has drawn attention for its resistance to the eviction orders.

Fishermen and construction workers illegally settled in Vila Autódromo in the '60s and '70s. The community was later legally recognized and, until the start of Olympic construction, was home to around 600 families.

One resident told The Guardian: "I feel totally excluded. The Olympics has just brought the destruction of my home. The stress has made me sick."

While the mayor has defended the sometimes forceful evictions, offering buyouts and alternative housing options, some favela residents fear the Olympics were used as an excuse to oust them from their homes.

According to The Guardian, major local landowners have shown interest in the past in developing the land "for the elite."

RioOnWatch, a program created to magnify favela residents' voices, reports 75 percent of the 16,700 relocations in Rio in the past several years have been linked to the World Cup and the Olympics.

This video includes clips from USA Today and images from Getty Images.