The Officers Involved In Philando Castile's Shooting Are Identified 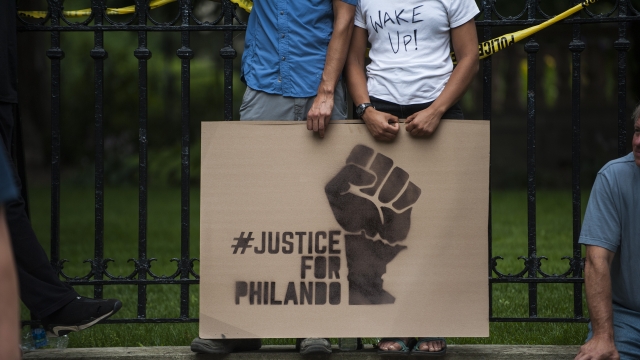 SMS
The Officers Involved In Philando Castile's Shooting Are Identified
By Samantha Crook
By Samantha Crook
July 8, 2016
Both officers identified by the Minnesota Bureau of Criminal Apprehension are on administrative leave.
SHOW TRANSCRIPT

The officers involved in Philando Castile's shooting death have been identified.

The Minnesota Bureau of Criminal Apprehension identified Jeronimo Yanez and Joseph Kauser as the officers who pulled Castile over on Wednesday.

The bureau says Yanez approached the driver's side of the car and Kauser approached from the passenger side before Yanez shot Castile multiple times.

Castile's death was live-streamed on Facebook by his girlfriend. That event, along with Alton Sterling's death in Louisiana, inspired protests across the country, including Thursday night's march in Dallas where five officers were fatally shot.

At a press conference Friday, the Ramsey County attorney called for peace.

"I know people are angry, frustrated, devastated, and they have a right to be. And I commend all of the thousands of people who have channeled their emotions into peaceful protests by coming together across this country to demand change. There is no justification for what happened in Dallas last night," County Attorney John Choi said.

Both officers identified by the Minnesota Bureau of Criminal Apprehension are on administrative leave.