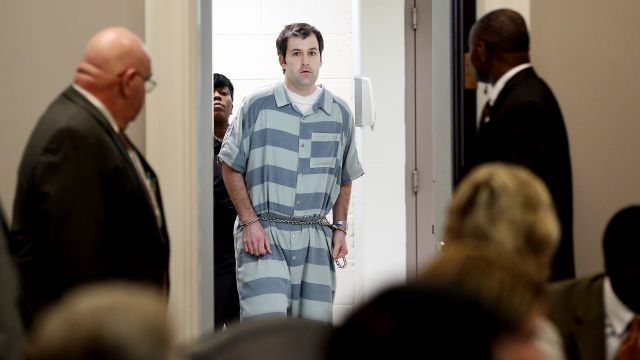 SMS
The Officer Who Killed Walter Scott Is In A Historically Rare Position
By Jamal Andress
By Jamal Andress
May 12, 2016
From 2005 to early 2015, only seven officers have faced both federal civil rights charges and state charges for police-involved shootings.
SHOW TRANSCRIPT

It's a decision so rare, it's historic. The Department of Justice has indicted the former police officer who killed Walter Scott on charges of violating civil rights.

"He will be charged with murder," North Charleston Mayor Keith Summey said.

Michael Slager shot and killed Scott in April 2015. Shortly after, Slager was charged with murder by a South Carolina grand jury. He has since posted bail and has been on house arrest since January.

Slager now faces life in prison in both state and federal cases, plus a possible $250,000 fine. Both of Slager's indictments are rare occurrences for police-involved shootings, but Slager's situation is especially rare.

The indictment of any officer in a police-involved shooting is uncommon. According to The Washington Post, 990 people were shot and killed by police in 2015. For those deaths, 18 officers were charged.

And the Justice Department has a long history of declining to bring federal civil rights charges against police officers. According to an analysis by the Pittsburgh Tribune-Review, between 1995 and 2015, the DOJ rejected 96 percent of the more than 13,000 civil rights complaints against officers.

In fact, between 2005 and early 2015, only seven officers were in Slager's position, facing federal civil rights charges and state charges for police-involved shootings.

Two of those officers were tried and convicted for shooting a 92-year-old woman in Atlanta during a botched drug raid and planting evidence in the home. The other five were convicted for a shooting in the days following Hurricane Katrina and for lying about the events that led to the shooting.

This video includes clips from PBS, WAGA and WCIV and images from Getty Images.