The Oculus Rift Is Expensive, But (Hopefully) Worth It 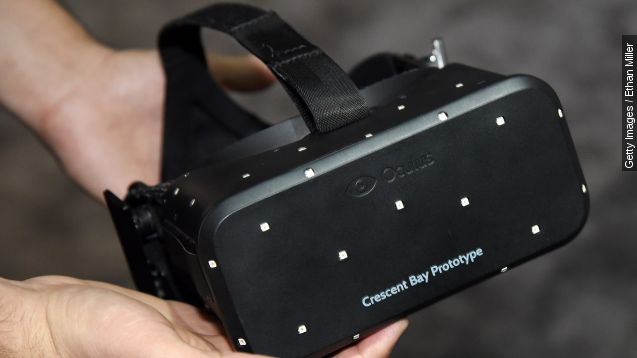 Oculus VR, the company behind the new virtual reality gaming headset Oculus Rift, has officially started taking preorders, promising to give users a glimpse into the future. But before you go out and order one, you might want to take a glimpse into your bank account first. (Video via Oculus VR)

Initial Oculus Rift preorders are going to set you back about $600. That's about as much as a fully-fledged console; the Xbox One cost $500 when it dropped in 2013. (Video via Microsoft)

Not included in the cost is a PC with a top-notch video card and enough memory to handle the Rift’s demands. If you don’t have one, Oculus can help you out — for another thousand dollars.

All preorders come with a headset, a sensor, two original games made just for the Rift, an Oculus remote and an Xbox One controller. (Video via Oculus VR)

It might seem odd to include gear from a competitor, but that’s because Oculus hasn’t quite perfected its own controller just yet.

Oculus’ VR-specific controller called Touch, which aims to make the user’s hand motions feel natural, is still being perfected. It’s set to roll out sometime during the second half of 2016.

Preordered Oculus Rift units will start shipping in March. But thanks to early demand, the site says if you order one now you won’t get it until May.