The Numbers Behind The Benghazi Hearings 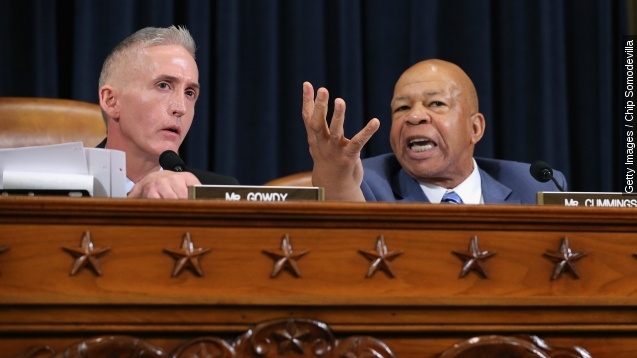 Here's a breakdown of some important numbers in the ongoing hearings from the House Select Committee on Benghazi.

Seventeen months: That's how long Maryland Rep. Elijah Cummings says the Select Committee has spent on the case, at the expense, he says, of $4.7 million.

Four hearings have been organized, eight committees put together and 54 interviews and depositions heard.

The alleged political motivations behind the hearings have come under scrutiny, with 72 percent of respondents to a recent CNN/ORC poll saying they feel the panel is politically motivated. But Committee Chair and South Carolina Rep. Trey Gowdy says the committee has contributed by establishing Hillary Clinton used a private email server when she was secretary of state. That revelation has led to the release of close to 12,000 emails.

Pundits argue the release of those emails have eroded the public's trust in Clinton and hurt her favorability, which has dropped 16 percentage points since the attack on Sept. 11, 2012. And while Gowdy says these hearings will lead to a final definitive report on Benghazi, other members of the committee have publicly doubted their intentions.

This video includes images from Getty Images; video from C-SPAN, Fox News, MSNBC, CBS and music from Frenic / CC BY 3.0.