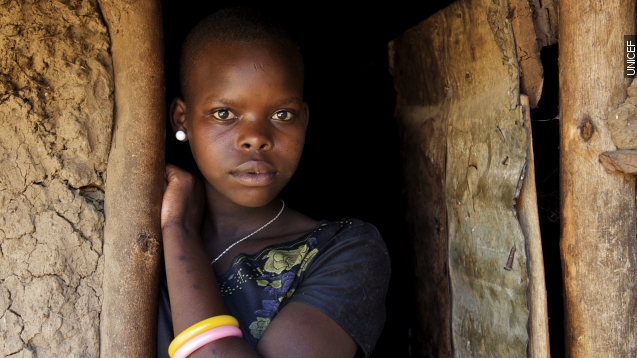 The number of child brides in Africa isn't expected to decrease like in other parts of the world. It's expected to get worse. UNICEF estimates the current number will more than double by 2050.

That's 310 million child brides. Compared to the '90s, today's proportion of child brides has reduced by 10 percent. Africa's population is on the rise, which is part of the issue along with social norms. This causes a cycle of early pregnancies, possible domestic abuse and a breeding ground for diseases like HIV. (Video via BBC)

Lack of education and proper skills for employment causes child brides to be coerced into dependency and social separation. Some African countries don't have a minimum marriage age, and if a young girl is married, she is usually considered an adult. (Video via Safe Hands for Mothers)

One study found there's a hefty price tag that comes with child brides at a country's national level. This is due in part to poverty. Child brides are likely to have more children in their lifetime causing the population levels to rise and increase the need for welfare.

"My father wanted me to get married because they're going to get wealth," a Tanzanian teen told Human Rights Watch. "They want to get a lot of cows in order to get rich. Myself, I want to study."

Can the cycle be broken? There are various organizations working to end the practice. Last May, the African Union launched a two-year program to reduce the number of child brides by offering easier access to women's health services and birth registration as well as beefing up laws to keep this in check.

While a lot of these solutions sound great, resistance to change combined with a population that'll increase roughly 70 percent by 2050 means victories here won't be easy.

This video includes images from UNICEF.