The NFL Takes A Stance Against Prospects Convicted Of Domestic Abuse 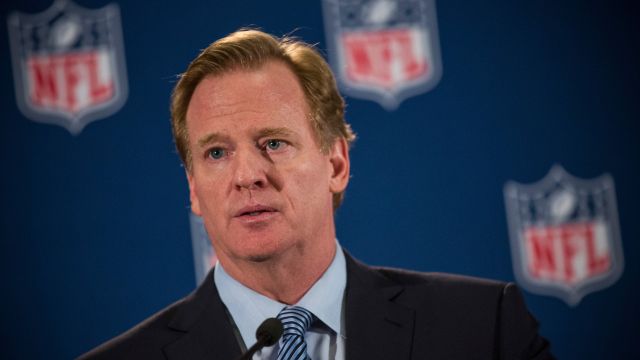 SMS
The NFL Takes A Stance Against Prospects Convicted Of Domestic Abuse
By Matt Moreno
By Matt Moreno
February 9, 2016
Players convicted of violent crimes won't be allowed to attend the NFL combine or draft, according to a memo obtained by USA Today.
SHOW TRANSCRIPT

The NFL is taking a strong stance against college players convicted of domestic violence, sexual assault or weapons crimes.

In a memo to NFL teams obtained by USA Today, the NFL said players convicted of any of those crimes wouldn't be invited to "any league-related event," meaning they'll miss out on the NFL combine and NFL draft. (Video via WLS-TV)

The memo says draft-eligible players will need to consent to a background check. If something comes up in the check or if players don't agree to it, they won't be invited to NFL events. (Video via The New York Times)

The move comes in the wake of several incidents in the NFL in the past few years.

"Domestic violence, including child abuse, sexual assault, irresponsible ownership or handling of firearms. ... These activities must be condemned and stopped," NFL Commissioner Roger Goodell said in a 2014 press conference.

It all came to a head when Ray Rice, Adrian Peterson and Greg Hardy were publicly tangled in alleged domestic violence incidents at roughly the same time.

Now, for clarification, USA Today explains last year's No. 1 overall pick Jameis Winston, accused of sexual assault at Florida State, would still have been able to attend the draft and combine under the new rules. Winston was never charged with a crime, much less convicted. (Video via CBS)

Players who do have these past convictions can reportedly still hold private workouts, school pro days and more.