Why Does The NFL Always Play On Thanksgiving? 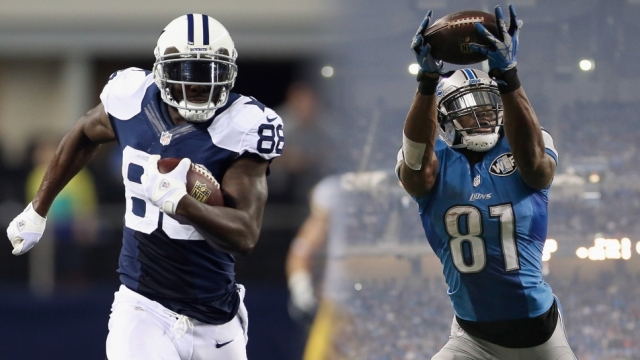 SMS
Why Does The NFL Always Play On Thanksgiving?

By Grant Suneson
November 23, 2016
The NFL's tradition of having games on Thanksgiving dates back to the 1930s.
SHOW TRANSCRIPT

Besides overeating and trying to avoid political discussions with family, watching NFL football is one of America's go-to Thanksgiving activities.

But why does the NFL play on Thanksgiving? And why is it always the same two teams — the Detroit Lions and Dallas Cowboys?

SEE MORE: Thanksgiving In Space Isn't As Glamorous As It Sounds

The tradition dates back to 1934. The Lions had just moved from Portsmouth, Ohio, and owner G.A. Richards wanted to boost lagging attendance for his club, so he announced a Thanksgiving Day game. With everyone home for the holiday, the game was a sellout.

The game was also broadcast nationally on the radio, making the Lions' Thanksgiving game a country-wide tradition every year since it came back from hiatus after World War II.

The Cowboys were a little later to the Thanksgiving party. In 1966, America's team was just a few seasons old and wanted to boost its profile with a national audience like the Lions had.

So when the NFL announced it wanted another Thanksgiving game, general manager Tex Schramm accepted. The Cowboys' first Thanksgiving game was also a sellout, and the tradition stuck permanently after 1978.

In 2006, the NFL decided to open up the tradition and introduced a third game with no set team, so every team had a chance to host a Thanksgiving game. Because six hours of football in one day just isn't enough.