The NFL's Switch From Tax-Exempt Doesn't Change Much 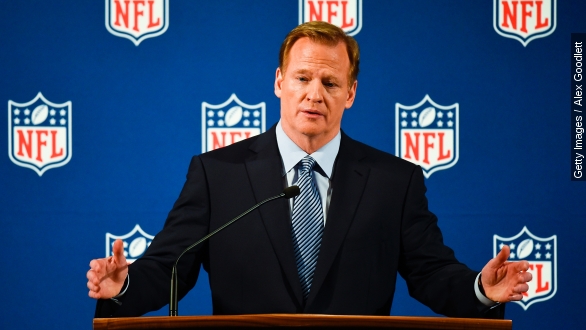 SMS
The NFL's Switch From Tax-Exempt Doesn't Change Much
By Christian Bryant
By Christian Bryant
April 28, 2015
Although the NFL has been knocked repeatedly for being a tax-exempt organization, dropping that status won't have much of an impact.
SHOW TRANSCRIPT

The National Football League has been dogged for years by the fact that it pulls in around $10 billion annually but holds a tax-exempt status. The league announced Tuesday it's dropping that status and, as a result, getting rid of a major "distraction."

NFL Commissioner Roger Goodell reportedly said in a memo misunderstandings about the league's financial workings made the tax-exempt status a point of criticism.

Goodell also said the change "will make no material difference" to the NFL's business, and, according to several writers, that's true. Here are a few reasons why.

For one, the NFL was already paying taxes — in a way. The league office has been exempt for decades, but the money distributed from the office to the 32 franchises has always been taxable.

A researcher from Citizens for Tax Justice, a think tank that focuses on federal tax policy, told CNN he estimates the league will have to pay around $10 million in taxes — a negligible amount for the NFL.

This tax change could get critics of the NFL's tax-exempt status off the league's back. But the newfound secrecy the league is gaining could open the door for even more criticism.

Now, the league won't have to publicly disclose its tax returns, which also means the salaries of top executives — like Goodell — won't be available. According to the Los Angeles Times, "This annual disclosure is virtually the only glimmer the public gets at the workings of this huge business enterprise, since 31 teams are private businesses and don't make public disclosures of their own."

And the NFL's tax change doesn't exactly do anything about its other distractions. The league is still in a domestic violence saga; the NFL Players' Association just appealed Greg Hardy's 10-game suspension for his alleged role in a domestic dispute, and soon-to-be NFL quarterback Jameis Winston is still fighting off rape allegations stemming from a 2012 incident. (Video via The Charlotte Observer, AL.com)

That's not to mention criticism from former players regarding a recently approved $1 billion concussion lawsuit settlement, the Redskins still being called the Redskins and a not-yet-released "Deflategate" report.

"When do you expect his report," CBS News' Charlie Rose asked.

"I'm not expecting... I do think it will be soon," Goodell said.

The NFL might just get a reprieve this week, though. Perhaps the biggest distraction to the NFL's other distractions is the NFL Draft, which will take place this Thursday.