So, Is The NFL Actually Going To Take Concussions Seriously Now? 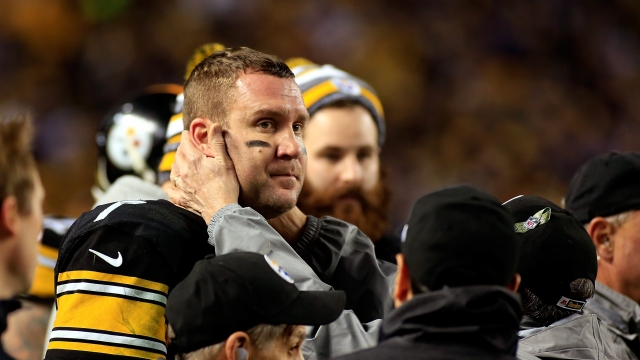 SMS
So, Is The NFL Actually Going To Take Concussions Seriously Now?
By Grant Suneson
By Grant Suneson
July 25, 2016
The NFL will now fine teams for failing to meet its concussion protocol. If the NFL determines a team ducked it on purpose, it could lose draft picks.
SHOW TRANSCRIPT

The NFL is trying a new strategy to wrap its head around the league's concussion problem.

The NFL and the NFL Players Association announced new punishments for teams if they get caught ducking the league's concussion protocol.

If a team's medical staff misses a concussion, they will have to do remedial education, and the team could face a fine up to $150,000. A second infraction results in a minimum fine of $100,000.

What's sure to get teams' attentions is that a club that intentionally avoids the concussion protocol for competitive reasons could lose draft picks.

Since NFL teams get just seven selections to round out their 53-man roster, draft picks are massively valuable. This could be a sign that the NFL is finally taking concussions seriously.

Another sign could be that the NFL no longer employs Dr. Elliot Pellman, a medical adviser who repeatedly denied the link between concussions and the brain disease Chronic Traumatic Encephalopathy or CTE.

Pellman was a rheumatologist, a study that specializes in things like joints and tissue, not brains. Still, he helped shape the NFL's previous concussion policy.

Pellman has been widely criticized for slowing the progress of learning about and preventing concussions. He was even portrayed as a villain in the movie "Concussion" for denying the harmful effects of brain injuries.

The new policy ensures each team will have an independent spotter present at every game to make sure the rules are followed and the players are healthy.