The Next President Could Choose A Lot Of Supreme Court Justices 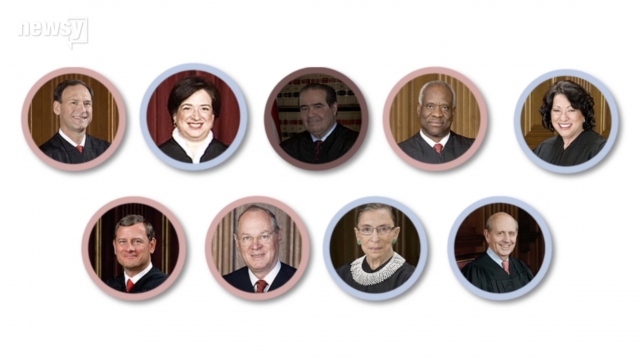 By Jake Godin
February 15, 2016
The imminent retirement of several Supreme Court justices could have the next president making decisions about what the court will look like.
SHOW TRANSCRIPT

Normally, there are nine Supreme Court justices. But one already needs to be replaced, and there's a good chance some are going to retire during the next presidency.

And the next president, whomever that may be, will pick the replacements.

It's a rare opportunity. The last time a president confirmed more than two justices was during Ronald Reagan's presidency.

While technically nonpartisan, the ideology of any particular justice typically leans toward that of the president who nominated them. That's why, when a nomination comes up, it matters who's president. (Video via the White House)

How the justices lean is important. If there were, say, one more right-leaning justice at the time, the federal ban on gay marriage might still be around.

And because of how long a justice can serve, they make decisions that affect the nation well beyond the term of the president who appointed them.