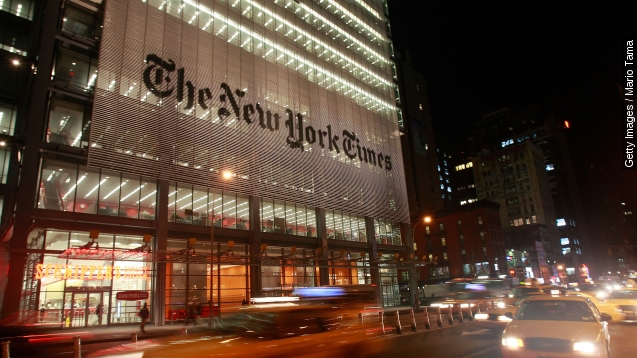 For the first time in 95 years, The New York Times ran an editorial on the front page.

It's prompted by the San Bernardino shooting — which the piece calls "the latest slaughter of innocents." (Video via KERO)

On the Second Amendment: "No right is unlimited and immune from reasonable regulation."

"Even in this digital age, the front page remains an incredibly strong and powerful way to surface issues that demand attention," said Arthur Sulzberger, Jr., publisher of The New York Times.

The Times cites the upcoming election year as one reason for the timing.

The last front-page editorial was related to an election, too.

It was about Warren G. Harding's weaknesses as a presidential nominee in 1920.

This video includes an image from Getty Images and the Library of Congress.