The New York Fashion Week Moments You Need To See 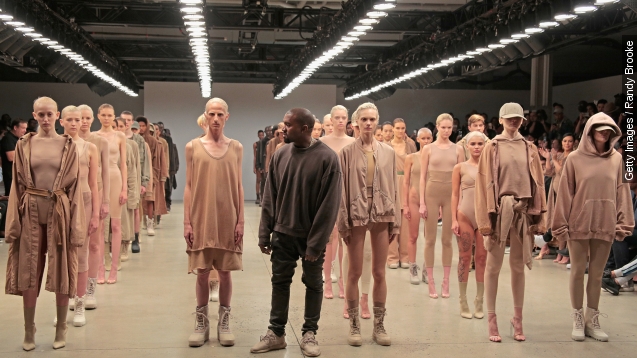 Who knows. But there's one show that by far outdid the others in terms of anticipation and star power, and that's Givenchy.

This show was noteworthy for two reasons: It was the first catwalk Givenchy has ever done during New York Fashion Week — a move that was tied to the opening of the French designer's new Manhattan store. (Video via Givenchy)

And the couturier also didn't have a show at Paris Fashion Week this year, so people have been champing at the bit to see what's in store for the spring and summer collections. (Video via Givenchy)

Everyone who is anyone was there: Nicki Minaj, Steven and Liv Tyler, Margot Robbie, Kimye and Julia Roberts.

Models Joan Smalls and Kendall Jenner walked the catwalk, along with Candice Swanepoel, who nearly face-planted on the runway.

She owned her battle scars on Instagram after the show, though, saying: "Thank you to who ever picked me up off the runway tonight. Left with little scratches but mostly a bruised ego. #ohwell."

But the Victoria's Secret Angel wasn't the only one to have trouble with the poor combination of high heels and wood stairs on the Givenchy catwalk. Model Pooja Mor also fell while walking, not to mention the seven wipe-outs during the opening ceremony. But don't worry, those were choreographed.

Most notably, NFL lineman Devon Still's daughter Leah, who strutted the catwalk in an all denim ensemble. The 5-year-old was declared cancer-free earlier this year.

Melissa Joan Hart and "Real Housewives of New Jersey" star Melissa Gorga were also in the audience cheering on their kids.

At the end of the show, a video recap of his career played, followed by Wang running down the runway cheering. We're totally sure that will be our favorite GIF of the season.

Kanye West made a last-minute announcement to debut his latest collection, Yeezy Season 2, just days before his show. This cramped the style of two designers who had been planning for months to show their collections during that time slot.

Finally, Madeline Stuart — an Australian model with Down syndrome — made her NYFW debut. She walked in the Hendrik Vermeulen show and looked absolutely fab.