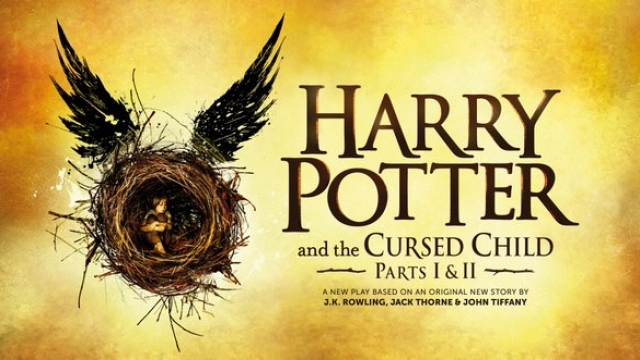 SMS
The New Harry Potter Book Is Already Breaking Presale Records
By Matt Moreno
By Matt Moreno
July 26, 2016
"Harry Potter and the Cursed Child" is expected to be the best-selling book of the year, according to Barnes & Noble.
SHOW TRANSCRIPT

No doubt about it: People really enjoy a good Harry Potter story.

"Harry Potter and the Cursed Child," which hits online and real bookshelves starting at midnight on Sunday, is already breaking records, according to retailer Barnes & Noble.

This newest Harry Potter book is actually the script of a play by the same name and the eighth installment in the Harry Potter series.

"I'm asking you one more time to keep secrets and let audiences enjoy 'Cursed Child' with the surprises we built into the story," author J.K. Rowling said to fans.

Author J.K. Rowling says it takes place about 20 years after the events of "Deathly Hallows" and follows Harry and his son, Albus Severus Potter.

Unfortunately, though, "Cursed Child" isn't expected to go from the stage to movie theaters anytime soon. Rowling says there are currently no plans to make it into a movie.

This video includes a clip from Scholastic and images from Getty Images. Music provided courtesy of APM Music.