The National Zoo's Baby Panda Is Recovering From Lifesaving Surgery 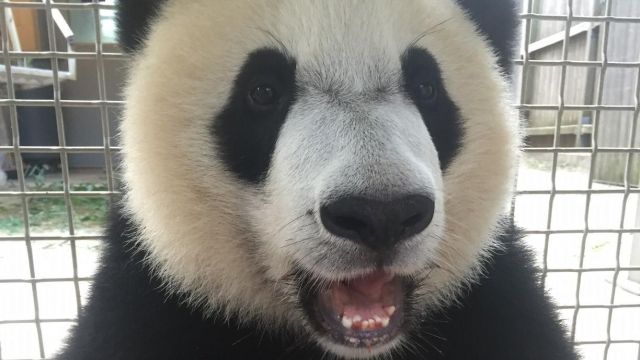 The baby bear had to undergo surgery after a lemon-sized clump of bamboo got stuck in his bowel.

Zookeepers noticed Bei Bei was acting a little funky earlier this week — the cub was sleeping more, not eating and showed some signs of a stomach problem.

A doctor at the zoo gave the bear an ultrasound and found something lodged in his small intestine. And unfortunately there was no way it would fix itself.

So the zoo removed the mass and now Bei Bei is recovering. Eventually he'll be back on a normal diet and reunited with his mother, Mei Xiang.

Mei Xiang and Tian Tian, Bei Bei's father, also have another cub named Bao Bao. In October, the zoo announced that Bao Bao would be moving to China sometime during the winter as part of an agreement with the China Wildlife Conservation Association.

The agreement says all cubs born at the zoo have to move to China before their fourth birthday — Bei Bei will make the move in 2019.