THE NATIONAL WEATHER SERVICE WILL STOP USING ALL CAPS IN FORECASTS 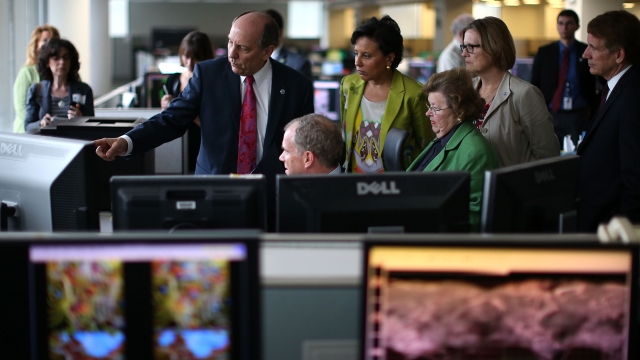 SMS
THE NATIONAL WEATHER SERVICE WILL STOP USING ALL CAPS IN FORECASTS
By Ben Lawson
By Ben Lawson
April 12, 2016
The National Weather Service is taking its forecasts down a notch and will no longer use all caps in its messages.
SHOW TRANSCRIPT

The National Weather Service is officially going to calm the heck down in its weather forecasts.

The agency will no longer be issuing weather forecasts in all caps. So now, a notification about some light rainfall on the way won't read like PEOPLE ARE FREAKING OUT OVER "LINGERING SHOWERS" IN THE AREA.

If you're wondering what caused the change, it isn't because the entire organization just collectively discovered that caps lock was on.

The all-caps speak is a holdover from when weather reports were mostly sent over teleprinters, which are essentially typewriters attached to phone lines.

The National Weather Service says "new forecast software" has allowed them to make the switch to mixed-case letters.

Although, all-caps is still allowed in order to emphasize threats during dangerous storm situations. So at least the report will be yelling about a hurricane instead of a partly cloudy afternoon.

This video includes clips from the National Weather Service and Work With Sounds / CC By 3.0, and an image from Getty Images.