The National Park Service Reminds You To Stop Messing With Wildlife 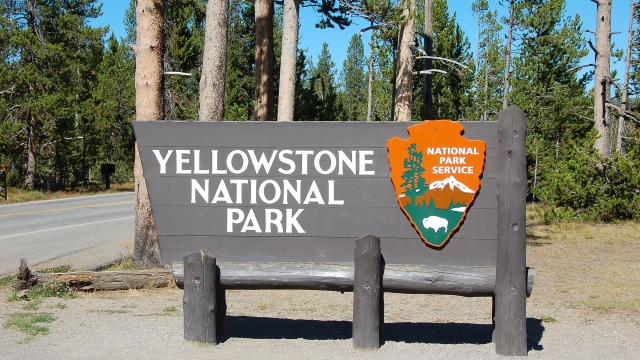 The National Park Service says tourist behavior at Yellowstone National Park has been especially awful lately. It's sharing a sad story with the hopes that people will stop messing with wildlife.

Yellowstone is known for the largest bison population on public U.S. land, so tourists often travel there to admire the animals. But last week, a couple of tourists' interest in a newborn bison got a little out of hand when they put it in the back of their car.

A park visitor told EastIdahoNews.com she saw two men who thought they were helping the calf by "trying to save it from the cold." But the Park Service says separating it from the herd forced park officials to euthanize it.

Rangers tried repeatedly to reunite the calf with its herd but failed. The park said human interference "can cause mothers to reject their offspring."

The park responded to criticism over killing the calf on Facebook, saying it isn't the park's mission to rescue animals.

The park went on to say: "Our goal is to maintain the ecological processes of Yellowstone. Even though humans were involved in this case, it is not uncommon for bison, especially young mothers, to lose or abandon their calves. Those animals typically die of starvation or predation."

This video includes an image from Tom Pavel / CC BY 2.0 and clips from the U.S. National Park Service.