The Most Stressed-Out Americans Are Women, Millennials 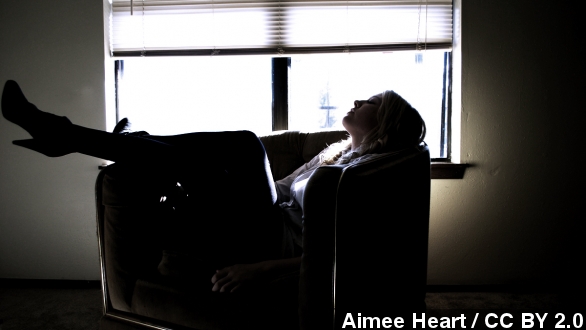 SMS
The Most Stressed-Out Americans Are Women, Millennials
By Lauren Zima
By Lauren Zima
February 4, 2015
The American Psychological Association has released 2014 results for its annual "Stress in America" survey.
SHOW TRANSCRIPT

We're all stressed. Unfortunately, that's nothing new. But who's the most stressed? The American Psychological Association has released the results from its annual "Stress in America" survey.

"This is stress. It wants to be part of your life. It probably already is," said a video from the American Psychological Association.

So, here's who's the most stressed out in America: women. Women and millennials.

Taking other results into account, Bloomberg created a profile of the "most stressed-out person in America."

"She's a woman in her late 20s or early 30s, taking her young son to school on the bus. After she drops him off, she might sneak a quick cigarette before heading to a job that pays less than $50,000 a year. Just another young parent trying to juggle work and family, money and bills," according to Bloomberg.

Other notable takeaways: Even with the economy on the upswing, money is still the top stressor in the U.S. And Americans manage stress poorly. We turn to watching TV and srufing the Web. As opposed to, you know ... exercise, for example.

But we don't mean to stress you out with the info on stress. One positive? Stress is trending down overall since 2007 or so.