The Most Dangerous Celebs You Can Search On The Internet 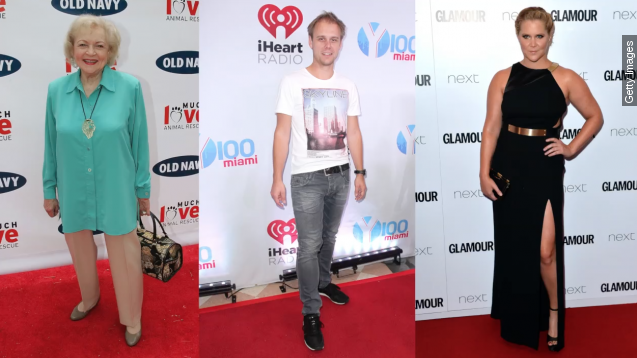 SMS
The Most Dangerous Celebs You Can Search On The Internet

It now takes just seconds to search celebrities online, but in that same amount of time, users can easily stumble onto a site that will infect their computer with viruses.

So which celebrities are the most dangerous ones to search? Intel Security did some Internet searching of its own to find out — for the ninth year in a row.

A few actresses made Intel's list: "Vampire Diaries" star Nina Dobrev came in 10th, Betty White was No. 8 and funny-lady Amy Schumer made the seventh spot.

Musicians of all genres were the most common on Intel's list, landing seven of the top 10 spots. Most notably though, Usher came in at No. 3 and country star Luke Bryan was the second most dangerous celeb to search.

As for the No. 1 most dangerous celebrity? It's Armin van Buuren, a DJ from the Netherlands. According to Intel, he's the first DJ to take the top spot — Jimmy Kimmel topped the list in 2014.

"On one hand, I enjoy being No. 1 at something. ... But on the other hand, all these crazy news reports are starting to make me feel like the TV equivalent of the Ebola virus," Kimmel said on "Jimmy Kimmel Live!"

Interestingly, none of the five most searched celebrities on Google last year made Intel's list. In fact, Kim Kardashian, who ranked second on Google's list, only made the 28th spot on Intel's. Kardashian was also the most searched star on Bing last year.

Of course, Intel's list is somewhat self-aggrandizing. It publishes the list to promote its McAfee Web protection software.