The Most And Least Expensive States To Purchase A Home 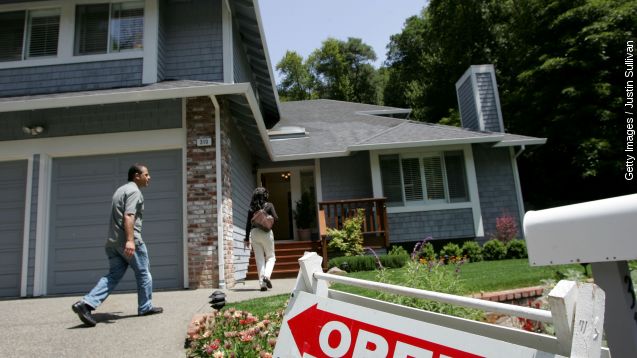 SMS
The Most And Least Expensive States To Purchase A Home
By Jay Strubberg
By Jay Strubberg
May 14, 2015
New York made a strong surge in the past year alone, as the median sales price for homes shot up more than 24 percent.
SHOW TRANSCRIPT

The U.S. housing market has shown signs that it's starting to bounce back from the economic recession.

And that means home prices have gone up, but only across certain areas of the country. And this one's kind of a no-brainer: the closer to the oceans, the pricier it gets.

According to real estate data on FindTheHome, New Jersey, Massachusetts, New York, California and Hawaii are the five most expensive states to purchase in, based on recent median sales prices.

The District of Columbia, though not a state, tops the list with average home value going for more than $459,000.

And it might be expensive to buy a home, but the good news for homeowners is that their houses are gaining value too.

New York has really stood out. The Empire State made a strong surge in the past year alone, as median sales price for homes shot up more than 24 percent.

That has a lot to do with the Big Apple. New York City's population continues to boom, and with that comes huge demand and higher prices. New York County's recent median amount: $890,000. (Video via Expedia)

On the flip side, for home buyers looking to spend less, the Midwest, for the most part, is the place to be.

Four states: Ohio, West Virginia, South Dakota and Michigan all have recent median sale prices below $100,000. And their neighbors aren't much more costly, either.

That brings us to buying versus renting a home: which one are you better off with? Well, it depends where you live, among other factors.

Online residential real estate site Trulia has a nifty tool that allows users to spot the best location based on type of loan, tax bracket and how long the person plans to live there.

Using their default settings, we found you're typically better off buying if you plan on staying for more than a few years, and that's pretty consistent across the country.