The Military May Have Self-Flying Jets Before Autonomous Land Vehicles 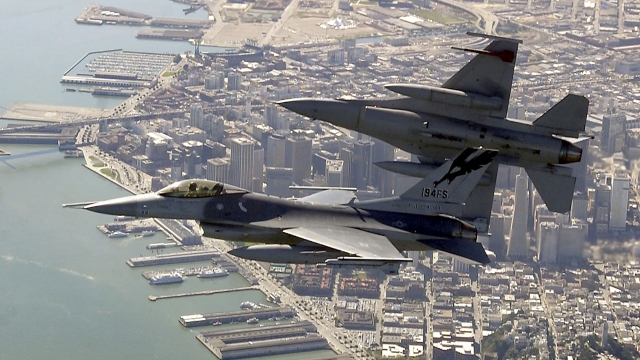 SMS
The Military May Have Self-Flying Jets Before Autonomous Land Vehicles
By Ben Lawson
By Ben Lawson
March 31, 2016
Self-piloting jets may be coming to the military before it can get self-driving vehicles on the ground.
SHOW TRANSCRIPT

A U.S. Department of Defense official says the military will likely start using autonomous jets long before it puts self-driving vehicles on the ground.

The U.S. Air Force's "loyal wingman" program has already been experimenting with turning F-16 fighter jets into unmanned systems with some autonomy.

This would be a big leap ahead of the drones the military already uses. Those require remote operators to fly, while an autonomous jet would be able to fly itself at times with no human instruction.

Deputy Secretary of Defense Bob Work said there just hasn't been much progress in developing ground vehicles that can go off-road.

Companies like Google have focused on systems that can navigate paved streets and traffic, but military vehicles won't always operate in that kind of environment.

Work said while he expects self-piloting aircraft to come first, autonomous systems for sea travel aren't far off, either.

For those of you worrying about robots having control of weapons systems, Work said lethal authority won't be delegated to the machines themselves.

"We will not delegate lethal authority for a machine to make a decision," Work said.

This video includes clips from U.S. Air Force and an image from Getty Images.