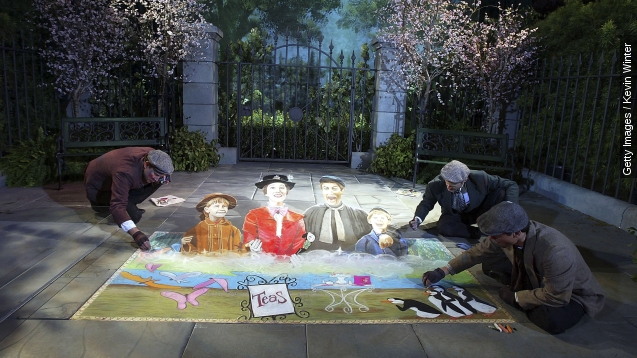 Everyone's favorite nanny is headed back to the big screen.

Because, of course, it is.

Entertainment Weekly broke the news that the film will be set in Depression-era London about 20 years after the original "Mary Poppins." The film will be a continuation of the eight-book series written by P.L. Travers. (Video via ITV Studios)

There is no word on who will play Julie Andrews' iconic role in the new movie, although Variety says Andrews' "Princess Diaries" co-star Anne Hathaway might be a nice fit. (Video via Buena Vista Pictures)

Even without a star, the studio already has a group of talented people lined up to make the movie. Director Rob Marshall and producers John DeLuca and Marc Platt from "Into the Woods" are all on board. David Magee of "Finding Neverland" will write the script, and Marc Shaiman and Scott Wittman from "Hairspray" will compose original songs. (Video via Academy of Television Arts & Sciences, Flick and the City, New Line Cinema)

So here's to the next supercalifragilisticexpialidocious — eh, you get it.