The Machines Are Coming? Target Hints At A Robot Takeover 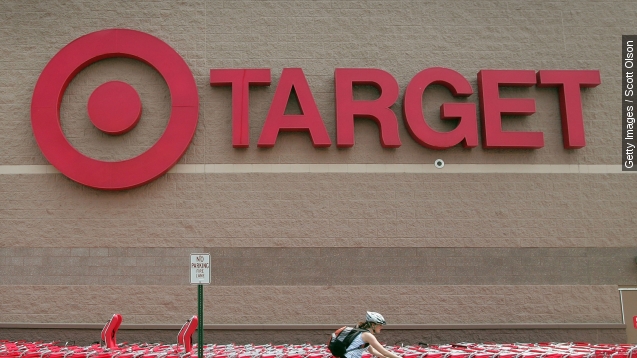 When you think of Target — you likely think of going to the store, using the REDcard to save 5 percent ...

And maybe even think of this guy.

But that's the thing: With that stuff, you're probably thinking of the physical store. And Target wants to build its online brand.

Which could mean robots are coming. Yes, this is what popped into our minds. (Video via Walt Disney Studios / 'Wall-E')

Target is teaming up with Techstars — a startup accelerator. Essentially, it's a group of people who help entrepreneurs make new ideas successful.

In this case, the idea is to "revolutionize retail" by using technology.

Target's chief strategy and innovation officer hinted to Fortune that Target's concept store may or may not include robots.

And, as Fortune points out, that's convenient seeing as Techstars has a robotics program.

But we're going to stop you before declaring this an industry first. Companies like Lowe's are a step ahead.

The company has already been developing robots — bi-lingual ones that can take you to the item you're looking for.

So step it up, Target. Your idea of the future already has some competition.