The Louvre Is Closing To Save Its Artwork From Floods 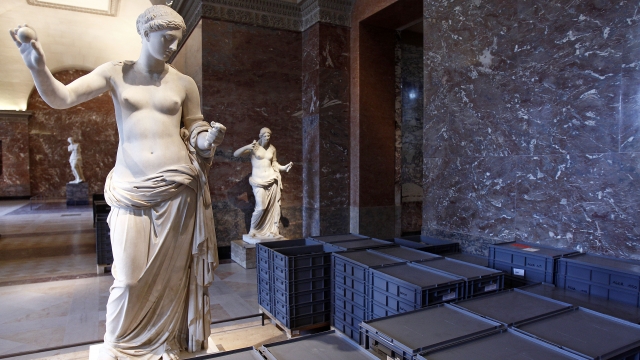 SMS
The Louvre Is Closing To Save Its Artwork From Floods
By Ben Lawson
By Ben Lawson
June 3, 2016
Don't worry. The "Mona Lisa" is fine.
SHOW TRANSCRIPT

Major flooding in Paris has forced the Louvre to close so valuable works of art can be moved to safer locations in the museum.

Pieces in flood-prone areas are being moved to higher floors. The "Mona Lisa" was already on an upper level, so it's staying put.

The nearby Musee D'Orsay has also been closed to prepare for flooding.

As of Friday, the Seine, the river that runs through Paris, has risen by more than 16 feet and is expected to hit 21 feet sometime Friday. Six weeks worth of rain has fallen in the region in just three days.

Heavy rains across Europe have caused floods, displacing thousands and killing at least 10 people; most were in Germany.

And the rain is expected to continue through the weekend across central Europe. Some parts could get 2 inches of rain in a matter of hours.