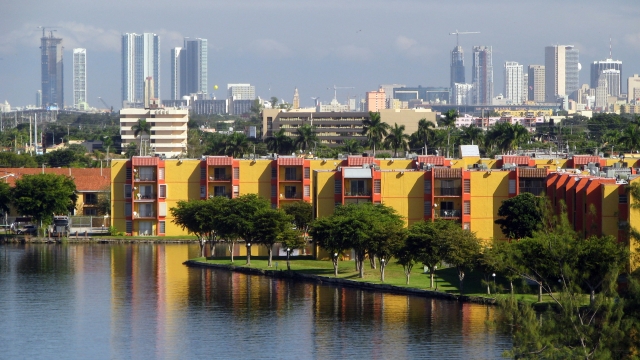 SMS
The Locals In These Cities Ain't Got No Time For Your Tourist Nonsense
By Katherine Biek
By Katherine Biek
July 7, 2016
There are few things worse when traveling than locals who don't seem to want you in their city.
SHOW TRANSCRIPT

Apparently, Miami has the worst locals.

That's according to readers of Travel + Leisure, who were asked to rank cities with populations of more than 100,000 based on things like restaurants, museums, how walkable the city is and how friendly the locals are.

Miami, which came in second last year, was ranked the absolute worst this time around, partly because it scored high for snobbiness.

It was also recently named the worst U.S. city to live in in by 24/7 Wall St., which looked at crime rates, affordable housing and more when determining its list.

Phoenix shot up Travel + Leisure's rudest city list to No. 2 this year, and ranking No. 3 was the Big Apple.

That's actually a bit of a drop for New York City, which was named the rudest in 2015. But New Yorkers aren't necessarily getting nicer. Instead, Travel + Leisure thinks "tourists have come to expect a certain demeanor as part of their authentic New York City experience."

It currently ranks sixth out of the top 10 unfriendliest cities in the world, though.

Los Angeles was ranked the fourth rudest in the U.S., and the City of Brotherly Love rounded out the top five.

Although, snobbiness may not be Philadelphia's problem. Thrillist named it America's angriest city back in May.

As for finding a friendly city to travel to? Travel + Leisure readers suggest San Antonio, Houston or Madison, Wisconsin.