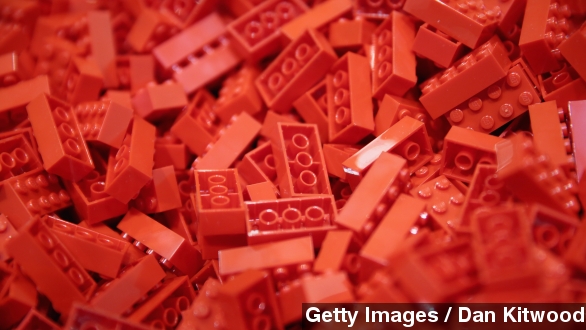 Emmet from "The Lego Movie" is probably doing his "Everything Is Awesome" dance.

Because Lego profit is up higher than Lord Business's ridiculous boots.

The company's revenue increased 15 percent in the first half of 2014. But wait! There's more!

"Our revenue in the first half of 2014 has more than tripled compared to first half year revenue six years ago, in 2008," LEGO Group's president and CEO said.

So, the Lego company is doing pretty darn good. This probably has a lot to do with some Lego mini-figures coming to life on the big screen.

"The Lego Movie" came out in February 2014 and was a box-office hit with both critics and moviegoers.

Lego gave the movie some cred for its profits, saying the products released in connection with the movie were a "significant contributor to sales growth."

But it was pretty easy to make that connection anyway.

"The Lego Movie" was also nominated for best original song at this year's Oscars but snubbed in the best animated feature category.

"I guess people were mad at it for making all of the money," actor Andy Samberg told Billboard.

We don't really expect anything less from the world's largest toy maker, which is growing. It opened offices in Shanghai and London last year and broke ground on its first China factory in 2014.