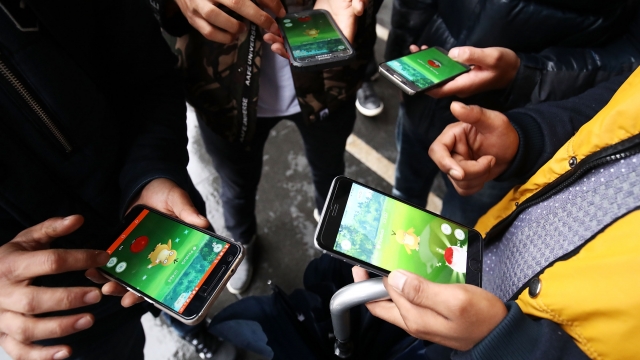 Another word of advice to "Pokémon Go" players: Don't cross country borders in pursuit of Bulbasaur.

Two Canadian teens were reportedly walking southbound in Canada trying to catch Pokémon, when they illegally crossed the U.S.-Canada border on Thursday.

The pair, who are siblings, was apprehended by U.S. Customs and Border Protection in a remote part of northern Montana.

"Both juveniles were so captivated by their 'Pokémon Go' games that they lost track of where they were," the agency said in a statement released on their website.

The game allows users to go to real-world locations to capture the various critters. But apparently some users are getting too caught up in the game leading to some sticky situations.

The illegal border crossing is just one of many incidents the record-breaking app has caused since its domestic launch weeks ago. Earlier this month, players were found catching Pokémon at the United States Holocaust Memorial Museum.

There have also been several reports of the app being used to lure victims for armed robberies and at least one incident in which a distracted driver rammed into a police cruiser.

Luckily, in this case, no harm was done, and the teens were quickly reunited with their mother on the other side of the border.

So thumbs up to Pokémon fanatics everywhere — you dodged an international incident this week.

This video includes clips from The Pokemon Company, Bifs! / CC BY 3.0, and the Baltimore Police Department and images from Getty Images. Music provided courtesy of APM Music.