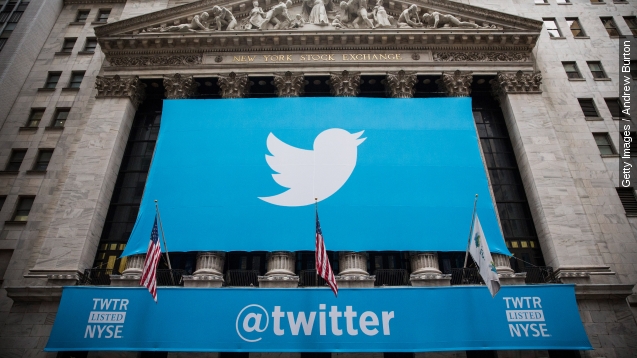 It happened again — this time with Twitter. The company's stock took a ride Tuesday thanks to a buyout hoax.

This time the fake news came from a fake news site with the URL Bloomberg.market. It was made to look like the real Bloomberg site: Bloomberg.com. Whoever created the fake site did a pretty good job too, because investors totally bought it.

The last time this happened, it was Avon's stock looking like a roller coaster. (Video via Avon)

"A lot of the trading community is just standing around discussing what an unusual circumstance this is — we can't determine whether the alleged source of this, or where this came from, is even legitimate," said Bob Pisani, a CNBC correspondent.

Except in Avon's fake buyout, it was an SEC filing from PTG Capital Partners, a fake London-based firm, that got investors confused.

What should have been a red flag was that the firm occasionally used the wrong name when referring to itself. Which is probably because PTG copy-pasted its "about" section for the filing from the Wikipedia page for the very legitimate firm named TPG Capital.

It's almost like a quick Google search, in both these cases, could have saved Wall Street a headache and some embarrassment.

The news broke after a business writer for The Dallas Morning News got a copy of a letter from the mysterious firm — that's a red flag — saying it wanted "to pay $9.75 a share for all shares ... with plans to take the parent of American Airlines private."

In each of these cases, the brief spike created in the company's stock allowed shares to be bought and sold at unjustified prices, meaning someone stood to make a lot of money, kind of like with insider trading. (Video via CNN)

The real Bloomberg reports the SEC is looking into the fake article about a potential Twitter buyout as "possible market manipulation."