The Latest Front For Europe's Migrant Crisis? The Balkans 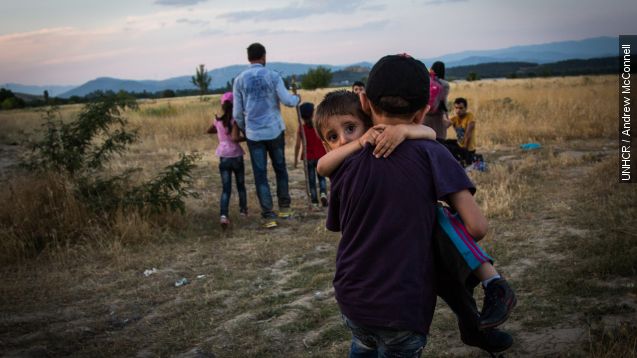 SMS
The Latest Front For Europe's Migrant Crisis? The Balkans
By Jake Godin
By Jake Godin
August 28, 2015
The Balkans have become the latest front in the European migrant crisis as tens of thousands stream across the Mediterranean into Greece.
SHOW TRANSCRIPT

Migrants are pouring into Europe, but the routes they take are more dangerous than ever.

The number crossing the Mediterranean into Greece has risen dramatically since last year. Most are refugees.

Greece is one of the first stops for those hoping to reach Western Europe.

Thousands have been flooding into the Balkans through the Greek-Macedonian border.

"We are anticipating that this influx and this route is going to continue at a rate of up to 3,000 people per day," said UNHCR spokeswoman Melissa Fleming during a press conference.

The destination for many is Hungary — which would allow them easy access to more developed European nations.

But they don’t always make it. More than 70 were recently found dead in a truck abandoned in Austria.

It’s believed human traffickers left them there to die.

Countries along the Balkans route are scrambling to wall up their borders.

Despite the walls, record numbers of migrants and refugees are crossing into Europe.